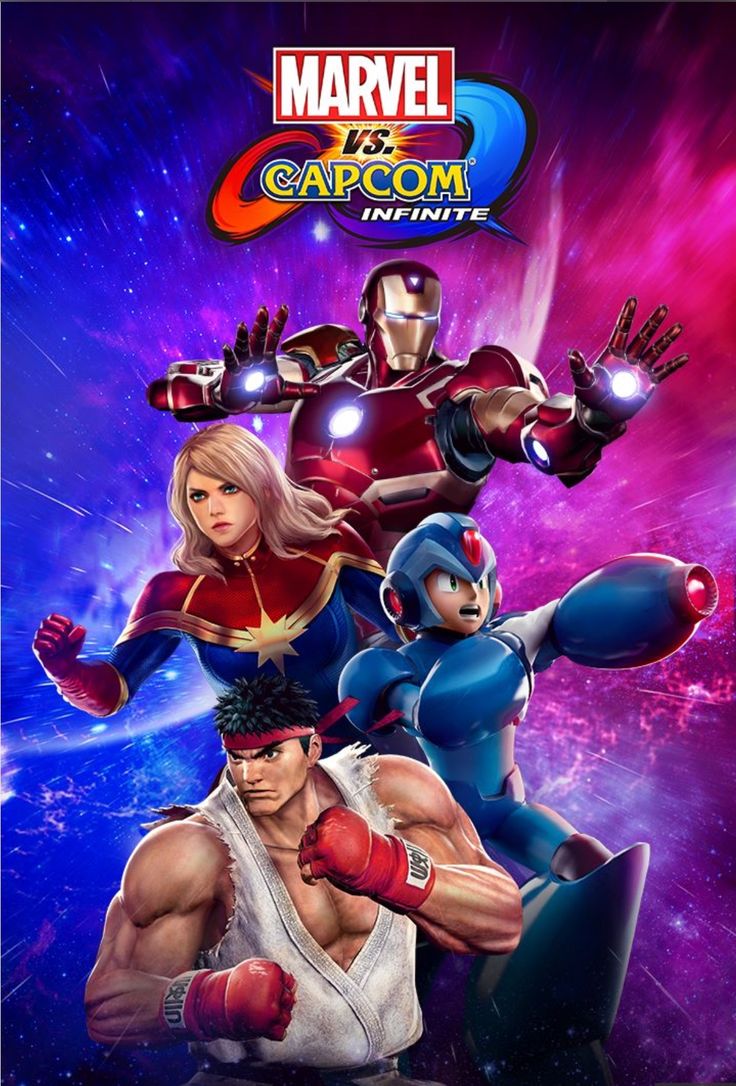 This product is out of stock. Subscribe for notification of when the product is back in stock.

Try to search similar items from other sellers.

Marvel vs Capcom: Infinite is a collaboration between the comic giant Marvel and the famous video game developer and publisher Capcom. You will find an unprecedented variety of game options that will appeal to both novices and veterans of the genre. In addition to the favorite modes of Arcade, Training and Mission, Marvel vs Capcom: Infinite offers an exciting cinematic storyline campaign in which the heroes of both universes have to combine their forces to fight back the new threat - the powerful Altron Sigma.

The Marvel vs Capcom: Infinite game is waiting for you the most famous heroes of both worlds - such as Iron Man, Captain America, Ryu, Megamen X and many others!

GAME FEATURES:
- In the confrontation come the numerous heroes of the two worlds - from Spider-Man and Haggar to Frank West and Nemesis. In total in Marvel vs Capcom: Infinite more than twenty fighters are presented.
- A new grand clash of two universes will allow you to choose your favorite Marvel or Capcom heroes and enter into tense 2-to-2 team battles. You have never seen such dynamic fights and such spectacular battles!
“Choose one of the six Infinity Stones of the Marvel universe, and he may decide the outcome of the battle.” Each Infinity Stone gives heroes unique abilities and has an effect on the whole battle.
- The cinematic plot of the new game will take fans to the epicenter of the battle with Altron Sigma. This villain appeared as a result of the merger of powerful robots of two universes, and to defeat him, the efforts of dozens of various heroes will be required as well as the help of an unexpected ally - the insane titan Tanos, who possesses unparalleled power in the Marvel universe. But is he credible?
- In addition to the story campaign, you will get access to a variety of other game modes, where you can hone and demonstrate your skills.
- The main battle, of course, will unfold on the web. Rating and friendly battles with players from around the world, global record tables, network social zones and commentator mode - in Marvel vs Capcom: Infinite you will find everything you need!