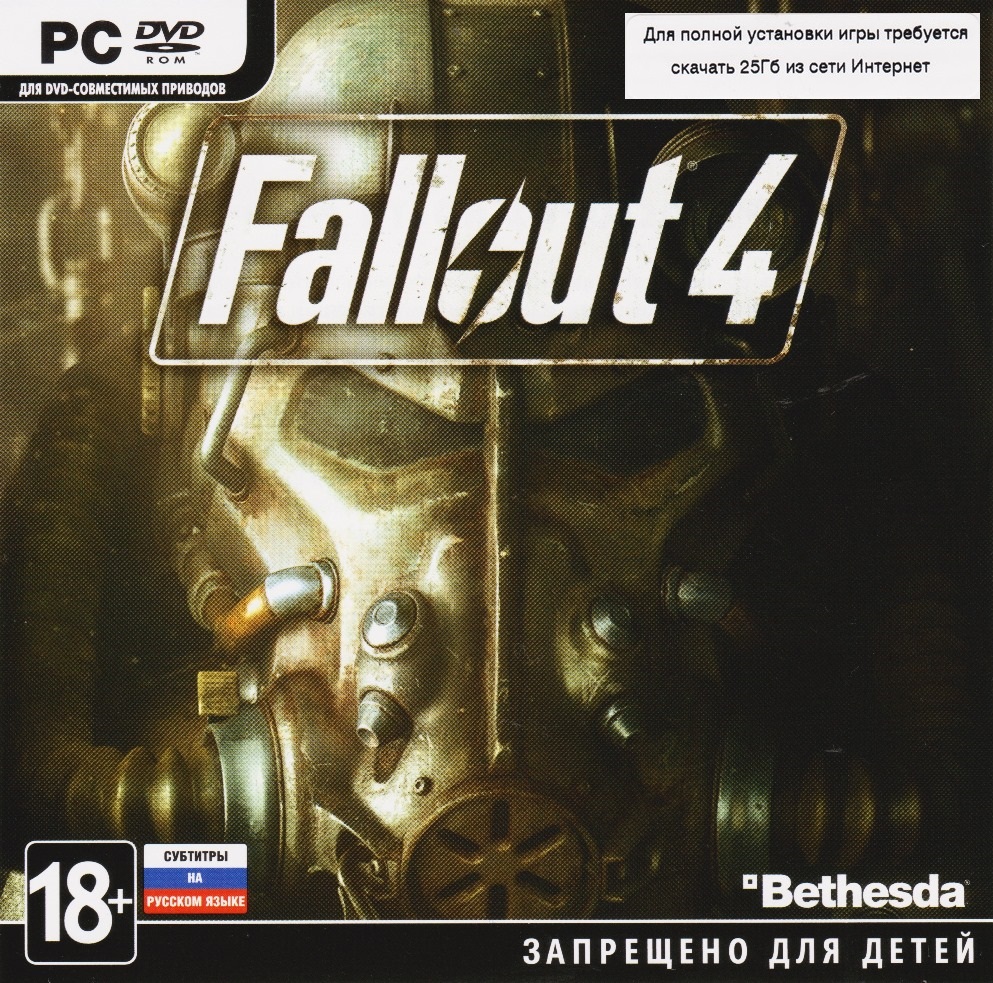 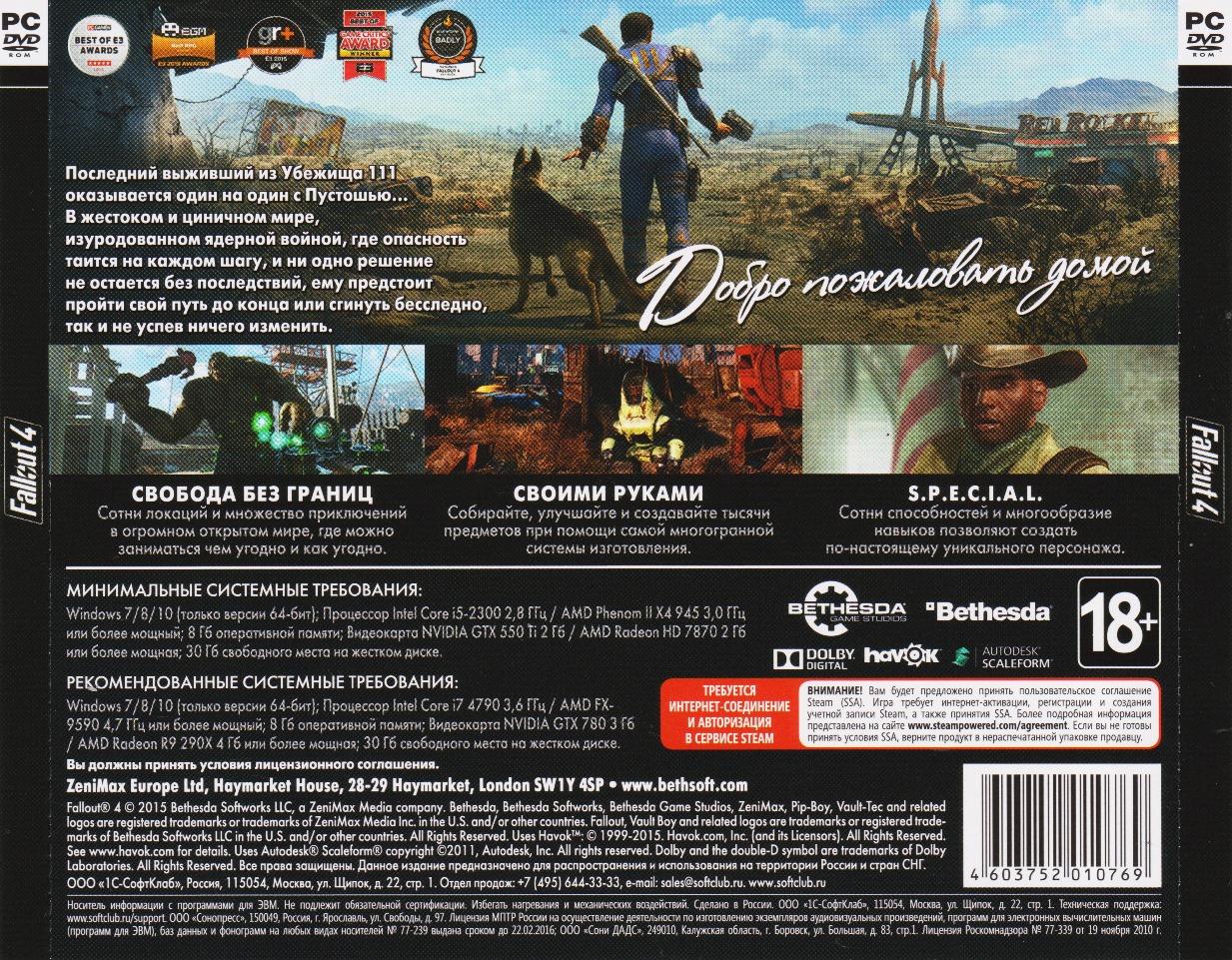 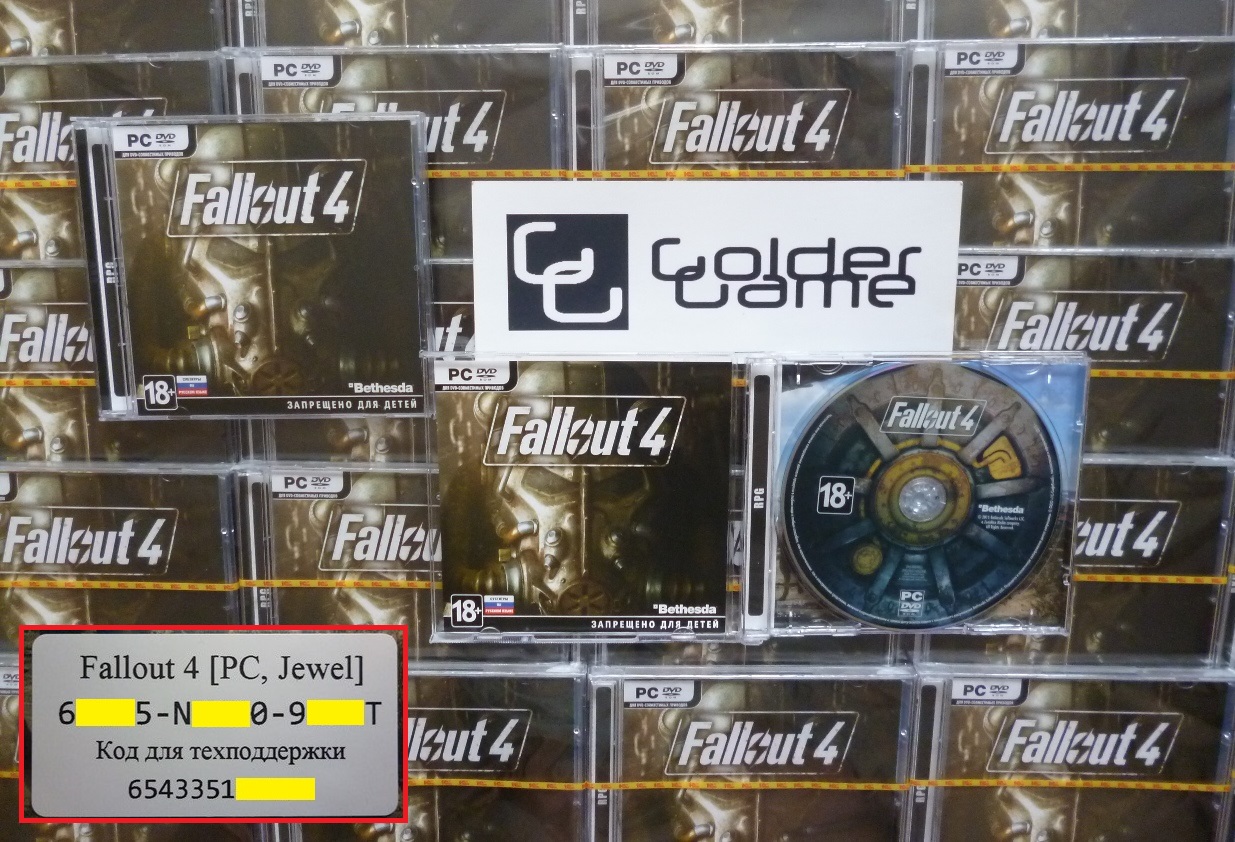 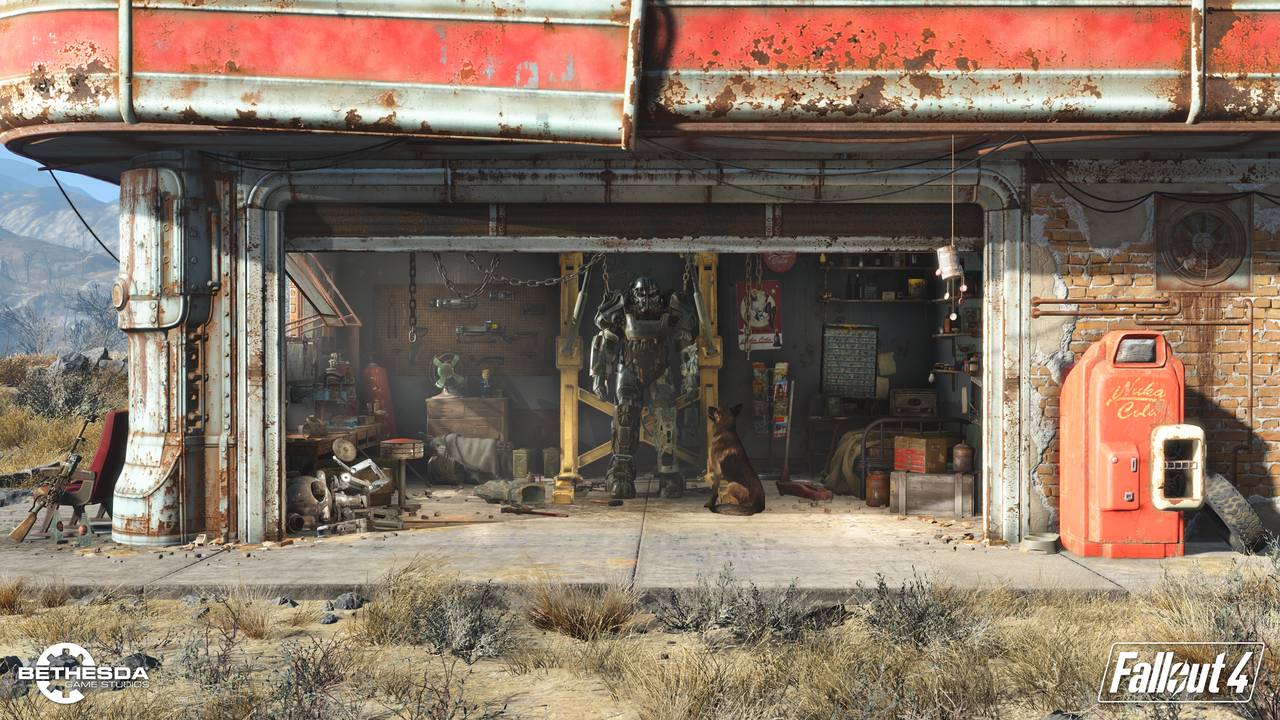 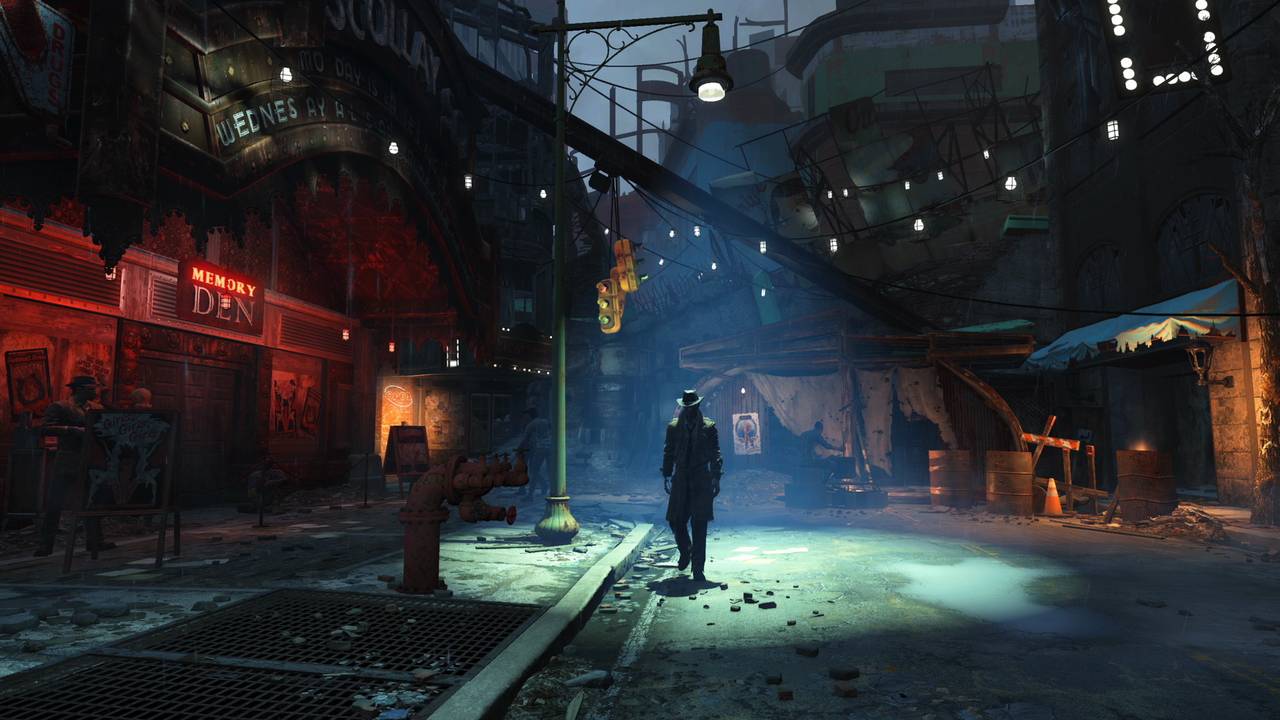 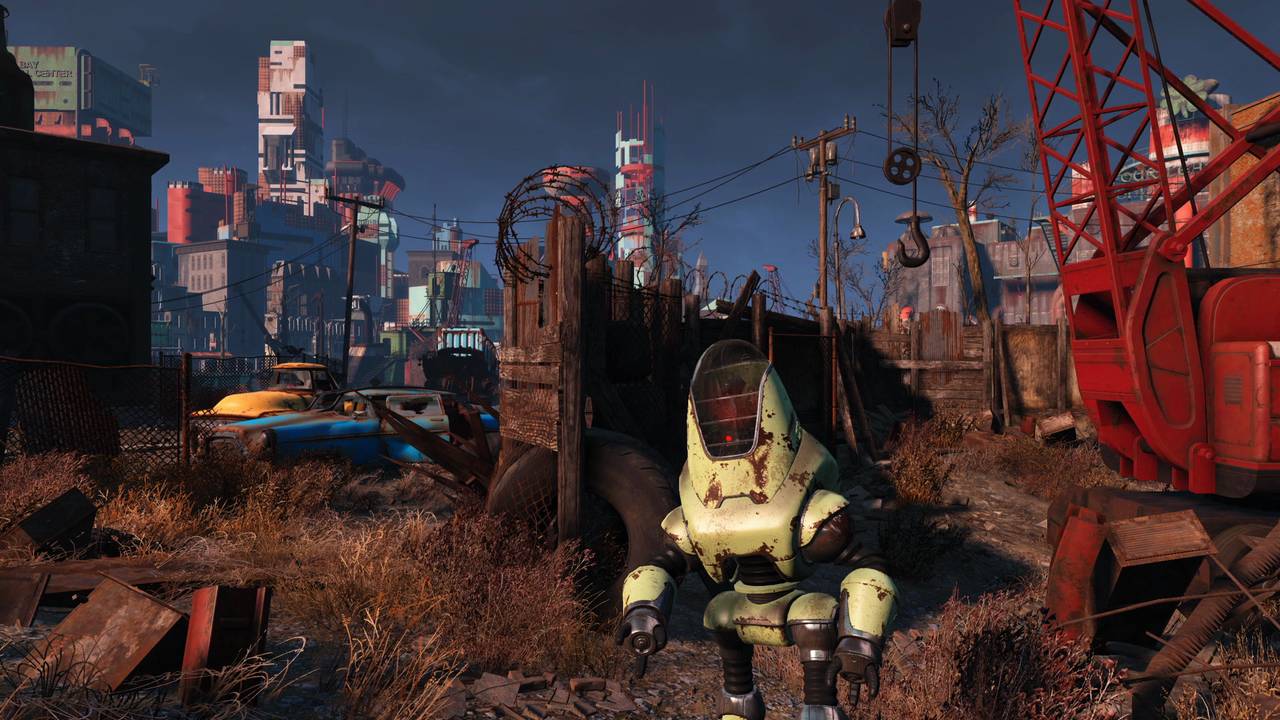 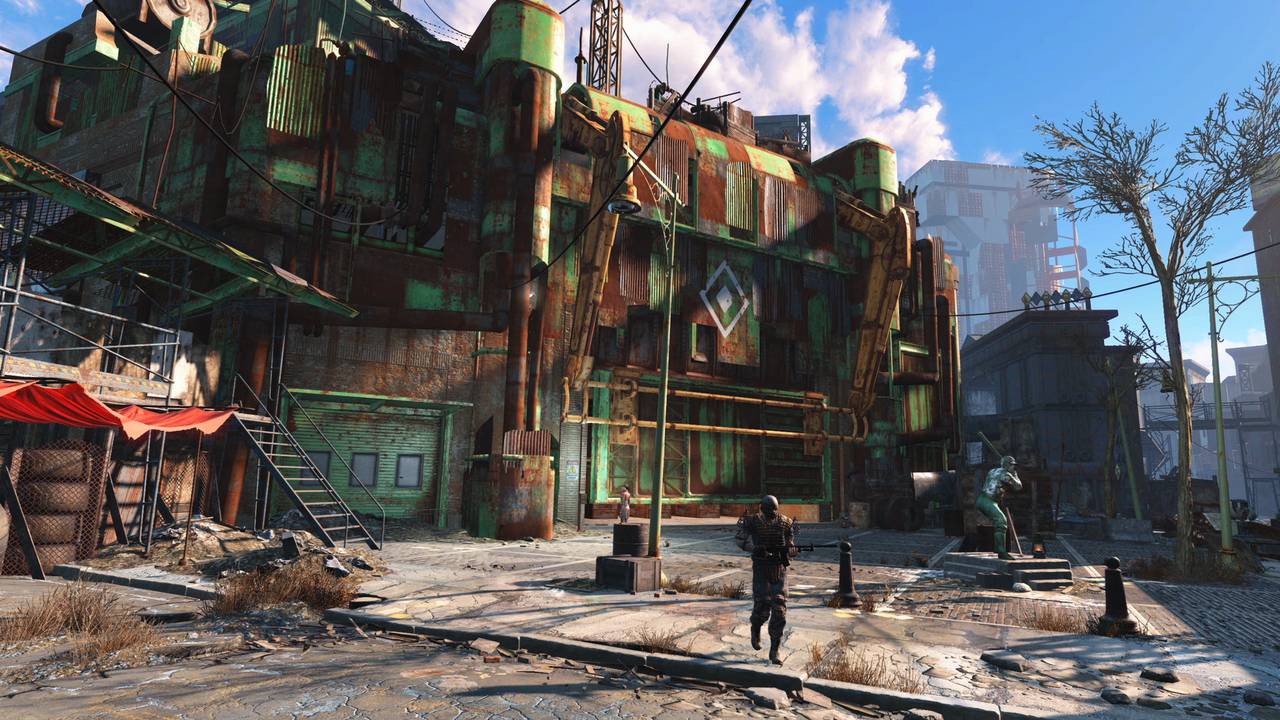 Uploaded: 28.02.2017
Content: P1530321.JPG 30,88 kB
Loyalty discount! If the total amount of your purchases from the seller GolderGame more than:
If you want to know your discount rate, please provide your email:

GolderGame information about the seller and his items
offlineAsk a question

Paying this product you will get IMAGE license key from the box of the game "Fallout 4" from the company "1C-SoftKlab" to activate on Steam.
Key collection takes place automatically, immediately after the payment.

Description of the game "Fallout 4":

Continuation of cult role-playing series, which the interest is not quenched since its inception in 1997. Each new release of Fallout fans are looking forward to all over the world, and every year the number of fans of this dark and cruel, but such a beautiful and attractive of the world are growing.

This time you have to take the role of a resident of Vault 111. In a cruel and cynical world, post-nuclear war, dangers lurk at every turn, and no decision has no consequences.

• In the vast open world, consisting of hundreds of different locations and populated by hundreds of characters, there is always something to do, and there is no limit in the choice.
• Thanks to the technology of the new generation post-apocalyptic world destroyed by beautiful and detailed than ever before.
• Proprietary system SPECIAL It allows you to create a truly unique character, whether it be a mighty soldier or a cunning diplomat. A variety of available skills will help make the hero personality and make it exactly the way you want it to.
• Battles have become more entertaining and comfortable. The updated combat system VATS It can effectively combine the kind of first and third person. In every encounter with the aggressive inhabitants of the wasteland, you can plan an attack, carefully selecting the target, method and time of the attack, or immediately rush into battle, both in the habit of the shooter.
• Collect and improve thousands of items through the system very versatile craft. New weapons, armor, chemicals, food - these are just a small part of it will have to create their own hands.
• For the first time in the series you can build from scrap materials and personally arrange their own base, which will further develop and protect.

1. If it is not installed Steam client, download and install it http://store.steampowered.com/
2. Log in to your Steam account or register a new one if you do not already have it.
3. Go to "Games" and there select "Activate via Steam» and enter the key purchased from us.
4. After activating the game appear in the list of games and you can download it.

Thank you for choosing us!

All your purchased items can always be viewed by clicking on the link:
http://www.oplata.info/